I’m feeling a bit guilty tonight as I gave myself a night off from the running club. I haven’t been feeling 100% today – I felt quite dizzy during my yoga class this morning and the feeling stayed with me for most of the morning. So when I left work to be greeted with a cold, wet and windy evening the decision to go home rather than go running was quite a straight forward one.

I don’t like missing running sessions that I’ve planned in. Part of it I’m sure is my inner project manager shouting at me that I’ve missed a milestone. and I also somehow feel like I’m letting the new ‘running me’ down a little bit. However, I also know that I need to listen to my body and I think tonight coming straight home was the right thing to do. My marathon training plan hasn’t yet started so I’m not ‘cheating’ and I’ve got lots of other opportunities to run this week, so I’ll make the time/miles up another day.

It also occurred to me that I’ve alread done two Glow Yoga sessions this week, both of which were dynamic and challenging. For some reason, my brain feels differently about activity that’s not running. It doesn’t register as being as important as a run, as if the calories that I will have burned don’t count as much, which is clearly nonsense! So despite missing my run tonight I’ve done 2 hrs of exercise this week already so I really don’t have that much to feel guilty about.

What is this ‘Glow Yoga’ that I’m referring to? It’s a yoga class done in a warm room which is heated with infra red panels, the first of its type in Europe. The room also has SAD ambient lighting which when combined with the warmth make for a lovely environment to practice yoga. 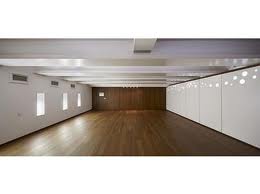 As I am a relative novice when it comes to yoga so I have been attending the Foundation Course every Tuesday morning for the last couple of months. These are taught by Nahid who is the owner of the studios and developed the Glow Yoga technique. Each week she’s taken us slowly through a selection of poses, teaching us the correct alignment and giving us lots of opportunity to practice. I’ve really enjoyed the classes and I feel like I’ve been making good progress.

What I didn’t realise when I started was how well Glow Yoga complements running. It takes quite a lot of principles from Pilates and so is great for building core strength, something that’s really important for good running technique. It’s also fantastic for flexibility – something I struggle with and really need to work on.

Some people have the perception that yoga is just about lying on the floor making ‘umming’ noises but this couldn’t be further from the truth. The classes are challenging but in a really good way and I leave the studio feeling energised and ready for the day.

So while I didn’t go running tonight I did go to yoga this morning and my body has no doubt benefitted from it. While running will obviously be the most important part of my marathon training, building core strength and flexibilty are also crucial and I fully intend to make Glow Yoga part of my training plan. 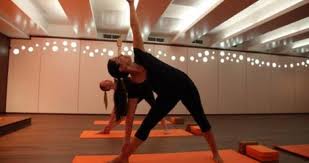