Tonight I did something that a year ago I would never have thought I would do. I ran home from work!

I’ve been thinking about doing it for a while. My marathon training plan has 3 midweek runs and while I enjoy getting up in the morning, 3 dark mornings in a row might be a bit much so I’ve been thinking of other ways that I can fit the run in and decided that I could give running home from work a go.

I bought a rucksack specifically designed for running as I needed something to carry my things home in. It’s a great little rucksack, really lightweight but with enough room for my clothes, purse, phone etc. It’s got a belt that secures it across the chest and around the waist meaning that it’s pretty stable while you run.

I decided that tonight would be the night I’d try it out. My running club has finished for Christmas and I’ve got used to running on a Tuesday night. So last night I packed up my gear and mapped out my route. The most direct route it about 4.5 miles so I decided to keep it simple for the first time and follow that route.

So I set off from work at just before 5pm this evening and made my way down to the river. The route took me along the Southbank past the London Eye where the Christmas markets were in full swing and then along towards Blackfriars Bridge.

I noticed straight away that running with the rucksack was harder than running normally. Obvious I suppose that it would be. I didn’t have my heart rate monitor on but I could feel that I was having to make more effort and my breathing was harder than normal.

I think London looks lovely at night, particularly by the river. St Paul’s always looks great all lit up and the Christmas lights everywhere made it a very pretty route to run.

I ran past Tate Modern and the wobbly bridge and then crossed the river via Southwark Bridge and headed towards the Tower of London. By this time my Garmin was saying that I’d done about 3 miles. My speed wasn’t very fast at all but I felt pretty good. 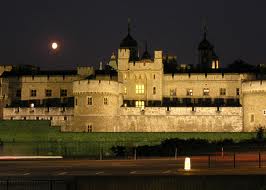 After passing the Tower I was on the last stage of my run, along the Highway towards Limehouse. This was the part of the route I was least sure about, I wasn’t sure how busy it would be as I’ve never walked or run along the road before. As it turned out there were quite a few people around and before I knew it I was back on familiar territory and nearly home.

The 4.58 miles took me 55 mins so no record breaking times, but this wasn’t about speed, it was about getting comfortable with the route and the idea of running home, both of which I achieved.

When I got back I weighed my rucksack. It was just over 6 pounds. It made the running quite a lot harder and it made me think about the weight I’ve lost and how much harder it must have been for me when I first started running and was carrying over a stone more in weight. It also made me wonder how much easier the running will get as I lose more weight. Now there’s a motivating thought!