Last year I took part in Tough Mudder – a gruelling 10-12 mile obstacle race billed as the toughest event on the planet. While I’m not sure whether that description is 100% accurate what I can tell you is that it was the toughest thing I’ve ever done, both physically and mentally. If you’re not familiar with the event and want to know more about what’s involved then check out my recap here. 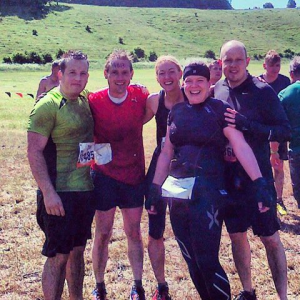 I took part in a team of 5 people put together by Julia Buckley. Most of the team were graduates of her fat loss programme. My training for the event consisted of following that programme, a bit of running and trying, unsuccessfully to master pull ups.

We all made it around the course in one piece but I had cramp in my calves from around 7 miles. My legs were not at all used to the ups and downs of cross country running and I was surprised by how much harder it was than running on the road. The cramp meant that I had to miss out a few obstacles on the home straight and was in quite a lot of pain for the last few miles. My inability to do a pull up meant that I also couldn’t complete the infamous Everest and had bruises on my arms for weeks afterwards to tell the tale. 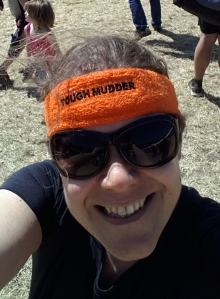 I had told myself that once was enough for Tough Mudder – I’d been there, done that got the T-shirt, and the orange headband and that would do nicely for me.

So why then am I signed up again to take on this beast of an event in August later this year?

Since the launch of her book in January 2014 hundreds, probably thousands of people have joined Julia’s Fat Burn Revolution and are reaping the rewards of the 12 week programme. An event like Tough Mudder is the perfect goal to be working towards with the type of training that we do in TFBR – a real test of whole body strength and power. So Julia’s putting together a team again – Team TFBR – and as soon as I found out I knew I wanted to be a part of it.

There are over 10 of us already on that team, most TFBR graduates but not all. The ethos of Tough Mudder is team work, it’s not a race – the aim is to complete the course and to help your fellow mudders along the way. There’s no prizes for first place and no chip timing. It’s all about getting around and having fun along the way. Having a larger team this time around is going to be brilliant and I’m very excited to be taking part.

There’s still time to sign up and there’s still plenty of space on the team – the more the merrier. If you want to find out more then leave me a comment and I’ll let you know how you can come and join in the madness. One thing is for sure – it’s an experience you won’t forget! 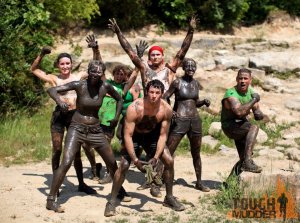 Having completed the event once before I have a much better idea of how to train for it this time around so I’ll post more about that in the coming weeks and months.