I’m not quite sure where the last six weeks have gone. But gone they have and I’m now at the halfway point of Extreme Inferno, Julia Buckley’s fat loss and fitness programme. I’m absolutely loving it, even more so that the pilot that I took part in last year and there’s a couple of reasons for that. 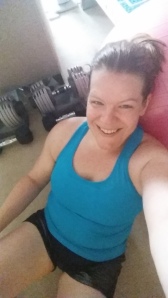 The structure of the programme has changed a bit from the pilot and there are now 3, four week phases rather than a 10 week course. Julia has introduced some new workouts which weren’t in the pilot and they seem to be increasing in difficulty and also volume. Just as we’ve mastered a session or move it’s time to move onto something new. That’s the way to keep the body adapting – shaking things up every few weeks and setting it a new challenge.

The other thing that’s very different from the pilot is the number of people taking part and the way that Julia is supporting us. Rather than each have individual contact with Julia via our journals or e-mail Julia is running everything through a private Facebook group and answering all our questions in there. At first I thought this might mean that it would feel less personal than the pilot, but somehow the exact opposite has happened.

Julia’s been leaving us video messages to motivate us which has felt far more personal than a note in a journal. And the group has developed into one of the most friendly and supportive environments that I’ve ever had the pleasure to be a part of. With members located around the world it seems that there’s always someone in there to say hello to, share stories of success, ask for guidance or look for support when we’re feeling frustrated. Checking in has become part of my daily routine and it’s fantastic to know that there’s more than 80 other people taking part in the programme and doing the same workouts as me on a daily basis.

At the halfway mark I am very pleased to report that I have completed every scheduled workout with the exception of one, when we were on holiday (I did over half an hour of open water swimming that day so I’m going to call it a win anyway). A key part of fat loss is consistency and I feel like I’ve got the exercise part of that well and truly nailed. A mixture of HIIT, bodyweight circuits and weight training and working out 6 days out of 7, the sessions in EI are intense and take me well outside of my comfort zone – exactly where I need to be for fat burning. 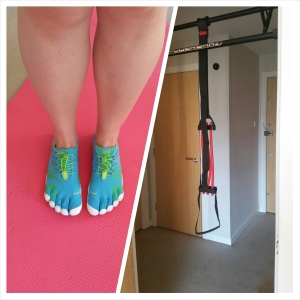 So what differences have I noticed? Well I’m definitely stronger, I can see muscle definition appearing in my shoulders and my quads in particular. My tummy is slowly shrinking, it’s not dramatic change but I can see and feel it, and that’s what’s important. I’m getting better at pull ups and needing less assistance. I’m still a long way from being able to do one unassisted but the point is I’m making progress. The training is what’s important rather than the ability to do the move all by myself. 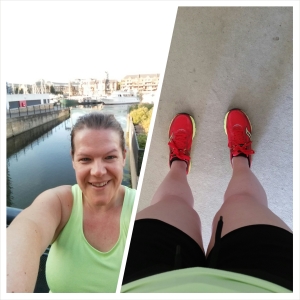 And there have been a number of firsts in the last few weeks. My first time running outside in short shorts being quite a significant one for me. I’ve always been too self conscious to wear short shorts in public but that’s now changed. I’m pretty pleased with how my legs are shaping up, for a 40 year old they’re not too bad at all. I’ve realised that most people really aren’t looking at me when I’m out running – they’re just going out their business in the same way that I’m going about mine. So ‘yay’ for the short shorts.

Overall I’m feeling pretty fantastic, full of energy and excited about what changes the next six weeks will bring. Bring it on! 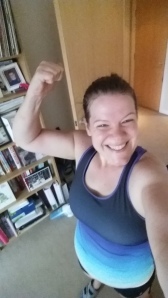 And if you’re curious about what EI involves then Julia has uploaded one of the workouts to You Tube so you can give it a go yourself. This one is an active recovery session – one of the less intense ones and all you need is a resistance band. It’s a lot of fun and one of my favourite sessions from Phase I. Give it a go and let me know what you think.