Tomorrow morning I’m going to start Cycle Three of the 90 Day SSS Plan from Joe Wicks aka The Body Coach. I’m not going to beat about the bush, Cycle Two has been tough and I’m not sorry to see the back of it.

Cycle Two is called ‘Shape’ and it’s all about building lean muscle while at the same time continuing to lose fat. To do that the plan changes to include carbohydrate at every meal on a training day, and as per Cycle One, no carbs on rest days. And not just a small amount of carbohydrate – it’s huge portions of the stuff, more than I’ve eaten in a really long time. In fact the reason that I’ve found it hard has been the sheer volume of food that I’m supposed to have been eating!

Cycle Two introduces Joe’s ‘pick and mix’ idea – I’ve been creating all my own meals from a set list of ingredients. A lean protein source, vegetable choice, sauce and spice option, more veg and then either fat or carbohydrate depending on the day. I’ve enjoyed having the flexibility to make up my own meals, that’s definitely an aspect that I’ve liked. Although towards the end of the cycle I found myself getting a bit lazy and dependant on one or two easy option – Thai chicken curry being one example.

At first the amount of carbohydrate in my diet was a bit of a shock and I felt sluggish and bloated. I actually felt like my clothes were getting tighter rather than loser and I had a bit of a panic. But speaking to others following the plan it seemed that this was quite common and something which calmed down after a couple of weeks so I persevered. It did get better but to be honest I’ve never quite got to grips with all those carbs!

That’s not to say that this cycle hasn’t been effective. While my measurements and weight haven’t shifted at all my end of cycle photos show some changes. This photo shows start of Cycle One on the left, end of Cycle One in the middle and end of Cycle Two on the right. I’m quite pleased considering I felt like I might have actually put on weight. 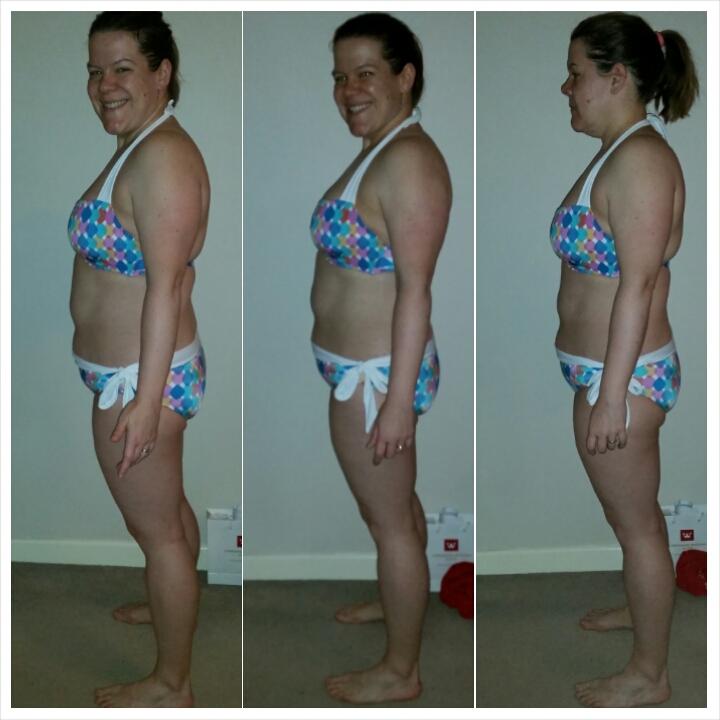 Having sent in my stats to Joe Cycle Three arrived a few days later and I’m relieved to see that the carbs are back to once a day post training. That way of eating seems to suit me and is pretty much in line with what was recommended for me in my DNA Fit test. I’m looking forward to getting stuck into the last four weeks of the plan and seeing how much more fat I can shed.