Tomorrow I’m going to be starting a four week pilot of Julia Buckley’s new fitness programme, Ignite. Launching in January 2016 this programme promises to be different from anything Julia’s done before. I’m excited to be part of a small but perfectly formed group that are going to be helping her trial it out so she can perfect it before it goes live. 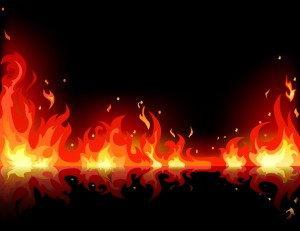 I’ve just had a sneak peak at the workouts – we’ve got 6 x 30 minutes sessions to do per week, and they appear to be equipment free. Given the sessions are relatively short I’m expecting them to be pretty tough. Having trained with Julia for a while now one thing that I know for sure is that short does not equal easy – if anything exactly the opposite applies. I’ll let you know once I’ve got stuck into the workouts next week.

The thing is, the workouts are only really half of it when it comes to successful fat loss or fitness improvements. Julia can make the most amazing programme in the world, but it’s only going to work if people actually do it and make sure that the diet they’re eating is consistent with their goals.

So as well as the workouts Ignite is going to go all out on harnessing the power of accountability. Julia tried this before with her Rebellion programme where we had to pay a £50 deposit that was only returned if we sent in our end of programme photos. That worked really well with a very high percentage of people following through on their commitment but now Julia wants to see if she can tap into something even more powerful than the thought of losing £50.

Having worked with a lot of people over the last few years, Julia has learned that people are far more accountable to others than they are to themselves. Personally, I know this to be true. I have made a habit of posting my post workout selfies onto Julia’s site every day since it launched – not because I love sharing my post workout glowing face with others (well, partly that) but because it makes me accountable. If I don’t post, people will ask why not. It’s a strong motivator to get that workout done on days where I can’t really be bothered, I can tell you.

So before we start this pilot Julia has asked us to set a goal for the four weeks – we need to be realistic about the amount of change that we can expect to see in that time. And then we need to decide on 3 steps that we can take every day that are going to help us reach that goal. And then we have to put this on Facebook. Yep – a public declaration of our intent.

So here’s what I’ve posted 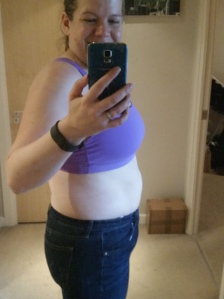 And because everyone like a good before and after we’ve also been asked to take photos so that we can see the differences, again bearing in mind that this is only a four week period we’re talking about. Since my goal is to fit into my currently tight jeans it made sense to take my photos in mine.
In four weeks time I want these to be comfortable enough to wear. I think that’s realistic but I’ll need to work hard and stick to my pledge to make sure it happens.
To help with that I’ve also been asked to pick an accountability buddy – someone that I’ll update regularly on how I’m getting on. So I’ve chosen my OH because I know he won’t let me get away with anything and I also know that I’m absolutely rubbish at lying to him!
So here we go! I’m all ready to start the Ignite pilot. I’ll let you know how I get on.