As 2015 draws to a close I’ve been reflecting on the last 12 months and all the things which have happened. Here’s a bit of a recap. 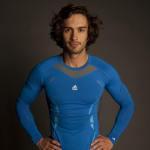 I started the year by trying out the 90 Day SSS plan by Joe Wicks aka The Body Coach. I wanted to see if I could break through my fat loss plateau by eating in a different way. I was introduced to the concept of carb cycling – eating carbs only after training and eating reduced carb meals the rest of the time. My body seemed to like it. I learned loads of new recipes, many of which I still use nearly a year later.

I tried out Strongwoman training, and loved it. Why wouldn’t you want to spend your Saturday mornings flipping tyres and carrying heavy objects around a car park in East London? It’s hard work but makes you feel like a super hero. There’s definitely more of this on the horizon for me in 2016.

Talking of feeling like a super hero, 2015 was the year that I took part in my first ever Olympic Lifting competition. It’s pretty nerve wracking lifting in front of an audience so I was delighted to score a personal best in both lifts and got the heaviest women’s snatch of the day.

I ran, but not a lot. I took part in just 3 races this year. The Winter Run, The Colour Run and the Nike Women’s 10K. I enjoyed them all – especially the Nike event where I trained with a group of women from my gym. It was good to find my running feet again after my hip injury last year but this was the year when I truly realised that there’s a new first love in my life these days.

I’ve been lucky enough to travel to Lapland, Bologna, Australia and Hong Kong this year. Travel is up there with fitness in my list of passions and I just love seeing new parts of the world. I always take my workout gear with me – you never know what you’re going to find, and if there’s no gym available then I improvise. Tricep dips on a rock on the beach in Port Douglas for example!

In 2015 I continued to train online with Julia Buckley. I use Julia’s workout videos around the other training that I do – her online gym is super flexible in that way. I’ve completed her Rebellion 12 week programme and also trialled her new programme Ignite both of which I really enjoyed. I also recorded some more videos for her website – some fun ladders sessions which were short but pretty tough!

My main training aim throughout the year has been fat loss and when I look back on my progress in this area I’m definitely pleased. I struggled through 2014 and a bit at the start of this year but I feel like things have really come together for me in the last six months in particular. Here’s my start and end of 2015 photos – those bikini bottoms fit me so much better!